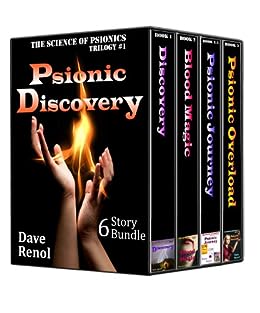 
Two centuries after Earth's civilization has crashed due to failing alien tech we never understood, the "wizard" of Rado fights to establish a school to teach alien "magic" to rebuild civilization with a hybrid of human and alien tech. Will unification of a shattered nation come from cooperation, or conquest? War is looming. Published: April 19, Gamers and Gods follows three generations of virtual beings descended from Greek gods, as they fight for the self-determination of Earth.

The entities that controlled ancient Egypt want Earth's humans, and only the Olympians stand between these alien superbeings and control of our future. Published: January 20, In book 3 of the Metaspace Chronicles, the School is finally getting some traction as students across the continent risk their lives for the opportunity of a lifetime. But the new crew of wizards will have to take their game to the next level if they are going to have a place in the future. Meanwhile, as Xander's health begins to fail, the aging wizard works to rekindle an ancient dream: ad astra!

Published: May 28, Spinspace continues the saga of a wizard's attempt to rebuild a fallen civilization. As Xander's school accepts its first class of student wizards, powerful forces seek to undermine all that is being built.. Price: Free! Published: May 21, Long after failing alien technology crashed Earth's civilization, tech exposure has developed people who can weave metaspace: wizards. In a struggle to bring together the shards of America, will it be reunification under democracy - the revival of the Union? Or will it be consolidation by conquest, as a tyrant pursues dreams of empire?

The path we take will determine our future. Published: May 14, Zeus has bet it all on this one. He has never lost. There's some weird niche stuff you can do with psionics like taking that metapsionic feat to shoot self-only buffs - like psionic contingency - at other PCs , but I've personally found it to be both really fiddly and kind of underwhelming.

As in, looking through the power list for my psion cohort and going "holy hell, everything is so boring. Though I've got a player in my group that loves psionics precisely because its so fiddly. That being said, psionics is really good at its main strength - numbers inflation through bonus stacking. No one in that party was a chump, but the force multiplication by the tactician was insane.

It's just an alternate power system in a game with room for plenty of power systems. My characters almost never care about "what" they are. I find "who" the character is more important. It doesn't matter what class the person who killed your father is. Your character is still invested in finding and killing them. Psionics has nothing to do with this. And treasure drops are:. 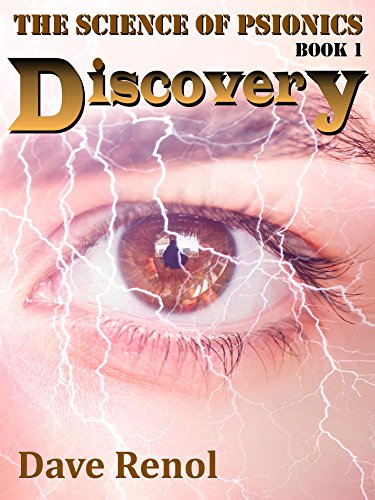 I'd much rather play my Sadist Lifeleech Soulthief Vitalist and hunt down the person who killed my father, then you know not play that class at all. They care about being able to play the concept they want. And as I'll get to below "Person who drains life from their enemies and redistributes it to their allies like hit point Robin Hood", isn't a concept that can be filled adequately without psionic rules. Not even remotely true.

Sure, both classes have areas where they shine. But Wizards have Simulacrum. And Blood Money. And Planar Binding. And Gate. Astral Projection.

And that's before we take into account things like Metamagic Rods. Psionic Full casters are still full casters yes, but compared to the presently existing full casters they are less powerful. Aranna wrote: Let's look at a couple psionic classes to debunk this myth that ONLY psionics can support certain concepts. Really I could go on.


So your statement is invalid. Amusingly, one of my projects is a very non-G-rated adventure on a world where an aboleth fry is going about the process of building up its first amphibious slave army - it already has enslaved a town of merfolk, and is doing horrible psionic things to mutate and extract their eggs, while funneling the results to coastal doomsday cults for sale to unsuspecting lonely sailors, the end result being more or less gillmen The current protagonist is a mermaid who, for "undetermined reasons", was not affected as expected by the psionic circuitry that was supposed to force her eggs from her body - instead, her body responded to the alien energies by manifestation of a suit made from said energies about her, enabling her to fight back against her enslaved kin and escape.

She has seen what has been done with her people, and seeks to stop it in its tracks, but she is needing allies, and attempting to get rid of the monstrous freaks that are resulting from the misuse of her people's eggs. Many of the cultists have had their own psionic abilities awakened by the aboleth or its underlings.

She's less 'MegaMan-ing" her way to victory, more "Parasite Eve, though the major fights that provide excellent XP for leveling up are more akin to finding the upgrades in Metroid. Given my take on psionics in the Shun Thread, the intended to is for the nature of the powers of magic and psionics to be very different, but with comparable end results, and as soon as Occult Adventures is out adding more nuance and detail to the effects of blending the two.

Of course, I will admit that some would see that as mutant powers a la X-Men, but I approach from the perspective that psionics are currently rare, but exposure will result in psionic players as a sort of triggered 'antibody' response to such an ancient and possibly obscene power, with psychic magic developing as those exposed try to blend it with the known methods of metaphysical manipulation of the world.

Psionics are more akin to magnetism as a comparitive force, and those who are affected by them in unexpected ways are flukes whose mental structures are lined up in a man er that makes them more responsive to the energies involved and impart some it upon themselves. Ninja'd and done better, so nevermind! You can probably do almost exactly the same concept with either system, so this boils down to certain players feeling they can get an edge by using different mechanics than the rest.

Let me give two examples that might cause you to rethink your position:.

It is more powerful, it functions better in many cases, but there are lots of times that people don't want to play a paladin because they want the mechanics of a fighter. Bard mechanics are better. I wouldn't fault anyone for wanting to play a bard instead of a rogue.

These two classes are excessively different, and use almost completely different suites of mechanics. I don't care how much how much pseudo-science jargon cobbled together from Greek it has, it says "mind power" and that's an automatic assignment to the "fantasy power" category.

Maybe I'm just really good at ignoring names. My feeling is that if I have to choose between psionics and spellslots for my spellcasters I choose the more flexible psionics. The default spellslots feels very weird in that the spells don't change much at casting time, even with metamagic. That's more something I associated with pre-built effects meaning I can see them working for magic items but not on-the-fly.

Big post, but 'it's all fantasy might cover one of your concerns though it's about the differentiation between reality and fantasy, it still applies to the difference between sci-fi and fantasy. This ties into. A thread about balance. Flavor is a valid reason to ban things For example, instead of playing a rogue, perhaps a guy took a bard archetype plus the trait that grants trapfinding and the Spellsong using Perform Oratory or Perform Act and Eschew Materials feats and does all of his work "without magic" or something.

He is thus a "rogue". This doesn't work for everyone, so check things out before-hand. Sometimes people need the fluff tied to the mechanics. Sometimes they don't. I could see calling a ninja a "rogue" and re-fluffing his 'ki' and 'ninja tricks' as 'cunning' and 'rogue tricks'.

Then going to town playing a flat-out better "rogue". But many wouldn't like that or can't wrap their heads around it. That's fine. It's a different skill. Sweet, delicious Conan and Thundarr : Barbarians of fantasy and science! But I understand that many do not. And more power to all of us: it's a bigger, more diverse world because of it, and that's cool.

I hope the links help, but if not and if nothing else helps : more power to you, and good gaming! I, for one, appreciate that you're at least open to the idea of change! Of course, I will admit that some would see that as mutant powers a la X-Men, but I approach from the perspective that psionics are currently rare, but exposure will result in psionic players as a sort of triggered 'antibody' response to such an ancient Behold the power of mutable fluff.

Removed a couple of unhelpful posts and responses.

Synonyms and antonyms of psionic in the English dictionary of synonyms

Different play styles and campaigns for different folks, everybody! I like that. It keeps the "psionics are different" flavor that I like, but does allow for intermingling. Rynjin Jun 29, , pm Half as effective how? That's an interesting set of possible interpretations! The EXP specifically suggests "like the other one, only " [paraphrased], but the principle is the same.

The most successful ones were consistently a blend of the 'half' and 'different' versions that I've run. It's different, but it still allows interaction with each other. In those cases, magic was magic, psionics was psionics, but either could be made to replicate the other with no real penalty, and there was simply easily lowered, unlike RAW a singular "Resistance" that applied to all non-mundane effects. Required components were either provided via pouch or present or waved for an extra 2 PP I knew my group well enough to know they would not abuse this; they did not.

I dunno about "no penalty". Were I in charge of things, then magic that was replicating psionic powers would come a few levels AFTER the psionic characters were able to use that power. And vice-versa for powers more traditionally associated with magic. Tacticslion Jun 29, , pm 1 person marked this as a favorite.